PyBossa facilitates new wave of crowdsourced research into the humanities

Crowdsourcing is an incredibly useful tool in science. PyBossa software has helped CERN to track antimatter, NASA to analyse light pollution from the International Space Station and the University of Basel to fight Malaria in Africa. However, crowdsourcing has applications far beyond citizen science.

This blog post focuses on how some of the world’s leading research institutions are using PyBossa software to research the humanities. We describe three different projects run by the British Museum, the National Library of Israel and University College London to show how PyBossa software can facilitate research, enhance collections and engage the public with the humanities.

LibCrowds is a new crowdsourcing platform that aims to make the physical and digital collections of the British Library more accessible. The platform is open source, so all datasets generated will be available for download. 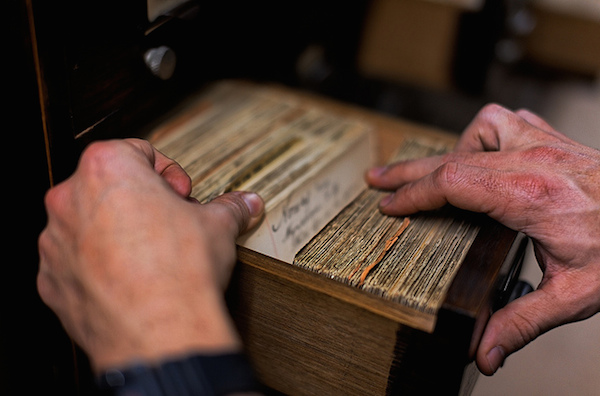 LibCrowds’ maiden project – Convert-a-Card – asks volunteers to transcribe text from printed card catalogues into electronic records in order to make them available to a worldwide audience. The project is initially focused on the library’s Asian and African collections, particularly the Chinese and Indian catalogues. Data identified, transcribed or translated as part of the project will be freely accessible from the British Library’s Explore catalogue.

The National Library of Israel (NLI) has set up a new platform to improve their metadata where they ask contributors to tag, transcribe and answer questions relating to historical Israeli documents.

Photo by FirewallJC Could you help to translate a text such as this?

In order to create a customised platform, the NLI has upgraded to a PyBossa UX/UI interface, developed a back office management system for librarians, and integrated the platform into to the NLI digital library infrastructure.

Speak Hebrew? Then give it a go!

The British Museum and University College London (UCL) have teamed-up to create Micropasts, a platform that invites members of the public to become citizen archeologists. The project aims to create the world’s leading prehistoric metal database and change the way we research our collective past. 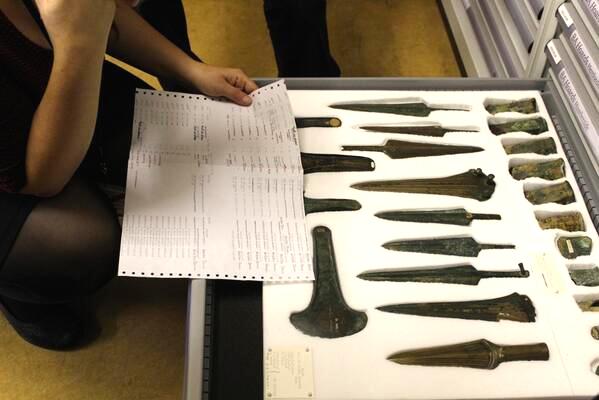 Photo by Micropasts Some axes from the British Museum's Bronze Age collection.

The British Museum’s Bronze Age collection contains over 30,000 tools and weapons discovered during the 19th and 20th centuries. Specific details of each artefact are recorded in a massive database of index cards which has been kept since 1913. The Micropasts project seeks contributions to help create 3D models of these artefacts using a process known as photomasking, to transcribe their associated paper records and to identify their sites of discovery.

The Micropasts team have created over 70 projects and is at the forefront of crowdsourcing humanitarian research. Follow Micropasts on Twitter.

Can we help you?

If you would like to find out more about how PyBossa software can help with your research, please drop us an e-mail at [email protected]

Welcome to Part 3 of our Brain vs. Processor blog series, which is examini....

How does music make you feel?

We attended the third annual Zinc Shower event of ‘the creative and collab....