Astronauts – like tourists – enjoy capturing the beautiful scenes they encounter. So much so that they have amassed 1.2 million photographs taken from the International Space Station which are stored in the Johnson Space Centre (JSC) database. The photographs represent an information-rich but largely untapped resource which can provide valuable data on artificial light levels across Earth’s surface. 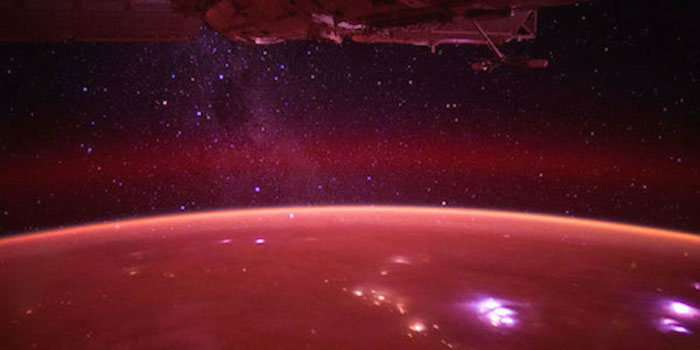 Photo by The Gateway to Astronaut Photography of Earth (NASA) An astronaut's view of Earth from the ISS.

Cities at Night is a research project run by the Group of Extragalactic Astrophysics and Astronomical Instrumentation from the of Universidad Coplutense de Madrid, and supported by NASA, the European Space Agency (ESA) and the Canadian Space Agency (CSA). Its mission is to analyse photographs in the JSC database to map light pollution emitted by cities across the globe – and they need your help!

Cities at Night have created three projects on PyBossa-powered crowdsourcing platform Crowdcrafting.org (read about it here) to enlist the help of volunteers to classify and analyse photographs in the JSC database. The first task is to identify what can be seen in each photograph – stars, a city, an astronaut, darkness or a little green man perhaps? This task is carried out in the Dark Skies ISS project.

The next step is to identify the city in a photograph. In the Lost at Night project, volunteers peruse photographs of cities then, on recognising a particular city (perhaps by its shape, notable features or through local knowledge), its location is noted on a world map.

Photo by The Gateway to Astronaut Photography of Earth (NASA) Would you recognise this city as Calgary?.

The final task, carried out in the Night Cities ISS project, is to georeference every photograph. This involves matching city features in the photograph with the same features on a map. The longitude and latitude of each feature is recorded, which helps the Cities at Night team very accurately georeference each photograph.

Once images are accurately georeferenced, they may be used to measure, compare and monitor light emitted by cities at night. This information will be fed to governments and local authorities to encourage them to take the right decisions to reduce light pollution.

After NASA, ESA and CSA promoted the Cities at Night projects last week, they got rather popular! More than 6,000 tasks have been completed by volunteers, with over 900 cities already georeferenced. This astounding response has allowed Cities at Night to start publishing results, such as the fabulous georeferenced image of Shanghai below. 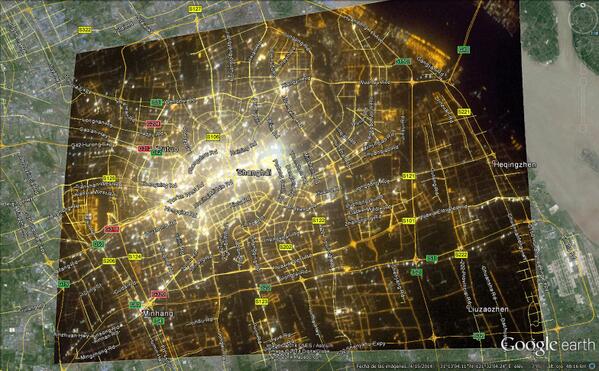 Photo by The Gateway to Astronaut Photography of Earth (NASA) Georeferenced Cities at Night image of Shanghai.

So if you would enjoy viewing stunning photographs from space while helping to fight light pollution – give Cities at Night and Crowdcrafting.org a visit.

The PyBossa team is extremely excited to launch a brand new version of the....