Rediscovering our past with the crowd

Researchers from the British Library, British Museum and University College London visit Madrid to share tales of how they reclaim our collective history with the crowd

June saw Scifabric host the ‘Rediscovering the past with Spanish technology’ event at the National Archeological Museum of Spain. The event saw researchers from some of the UK’s leading humanities research institutes share their achievements of using crowd-based collaborations to reclaim human history. Plus they gave some handy tips on how to create meaningful and successful crowdsourcing projects.

MicroPasts is a collaboration between British Museum and University College London (UCL) that aims to support online collaborations between researchers and the public to study the human past. One of the largest projects it has powered so far aims to create the world’s leading prehistoric metal database.

“While crowdsourcing is increasingly used to support the management and interpretation of heritage resources, this is the first platform that focuses solely on archeology and hosts projects developed by a range of different institutions, including UCL and the British Museum. The MicroPasts team has in fact powered archaeological crowdsourcing internationally for museums ranging widely from The Mary Rose to Museo Egizio of Turin.”

Dr. Jennifer Wexler of the British Museum explained the team’s motivation behind setting up the project:

“The British Museum is home to the National Bronze Age Index: a catalogue of over 30,000 index cards that record all bronze age findings in the UK from the 1800s to the 1990s. This storage space represented a lost world – the visitor book shows that in the past 30 years only six people have visited the collection. We wanted to reclaim this world.” 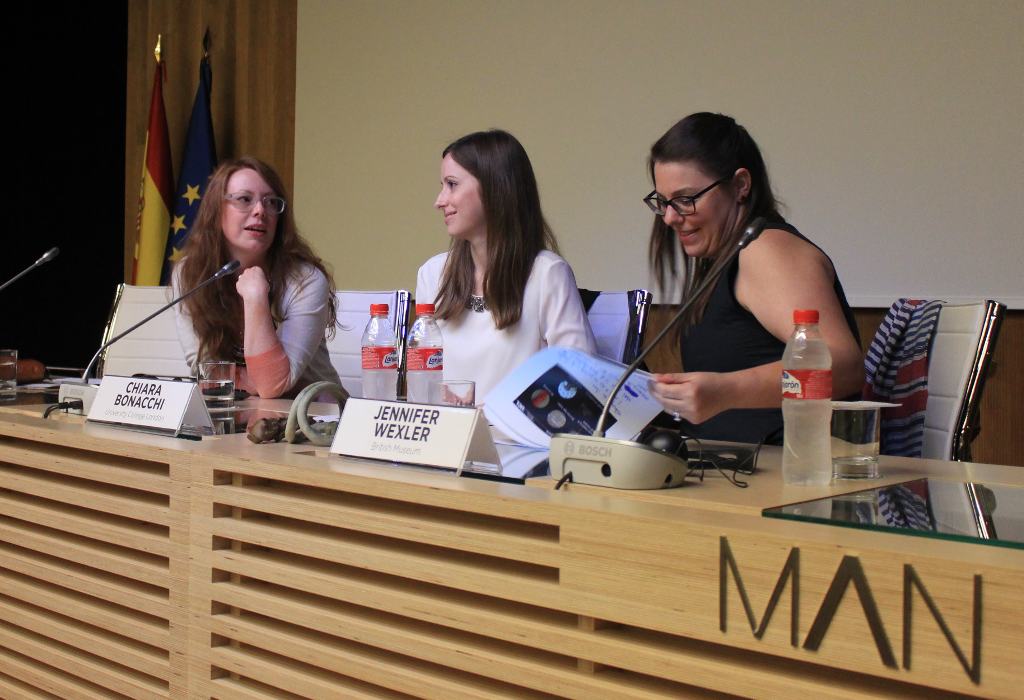 The MicroPasts team has built the MicroPasts crowdsourcing website using the PYBOSSA framework developed by SciFabric. The MicroPasts crowdsourcing platform has allowed volunteers to transcribe the National Bronze Age Index catalogue, effectively turning the information contained in 30,000 index cards into one of the world’s largest electronic archeological databases. Artefacts are also geographically referenced so that maps of their discovery sites can be generated.

Contributors were also asked to help create 3D models of some of the collection’s artefacts by a process known as ‘photomasking’, which involves accurately outlining the artefacts in pictures. The British Museum uses these models to create ‘virtual tours’ of particular artefacts. By annotating models online, this creates a whole new way of presenting historical objects.

The British Library is the national library of the UK, that is, it receives a copy by law of all publications in the UK – that’s a lot of books! It has a Digital Research Team that supports the innovative use of the Library’s collections in research , particularly that which uses
computational methods to answer research questions.

Nora McGregor, Digital Research Curator at the British Library, explained the vastness of the library’s collection:

“The Library is home to a vast amount of materials, much of which for historical reasons and that of scale, are still only discoverable through old printed card catalogues onsite. For example, there are 50,000 books alone in the Library’s Chinese Collections which do not yet have catalogue records online. “

LibCrowds is a crowdsourcing platform that aims to make the physical collections of the British Library more accessible online. It asks volunteers to try and locate a matching record in an existing external database of online catalogue records and transcribe the unique British Library shelfmark, thereby creating a new online catalogue record for the item. The project has initially focused on the Library’s Asian and African collections, particularly the Chinese, Indian and Indonesian catalogues.

Data identified, transcribed or translated as part of the project is made freely accessible from the British Library’s Explore catalogue. 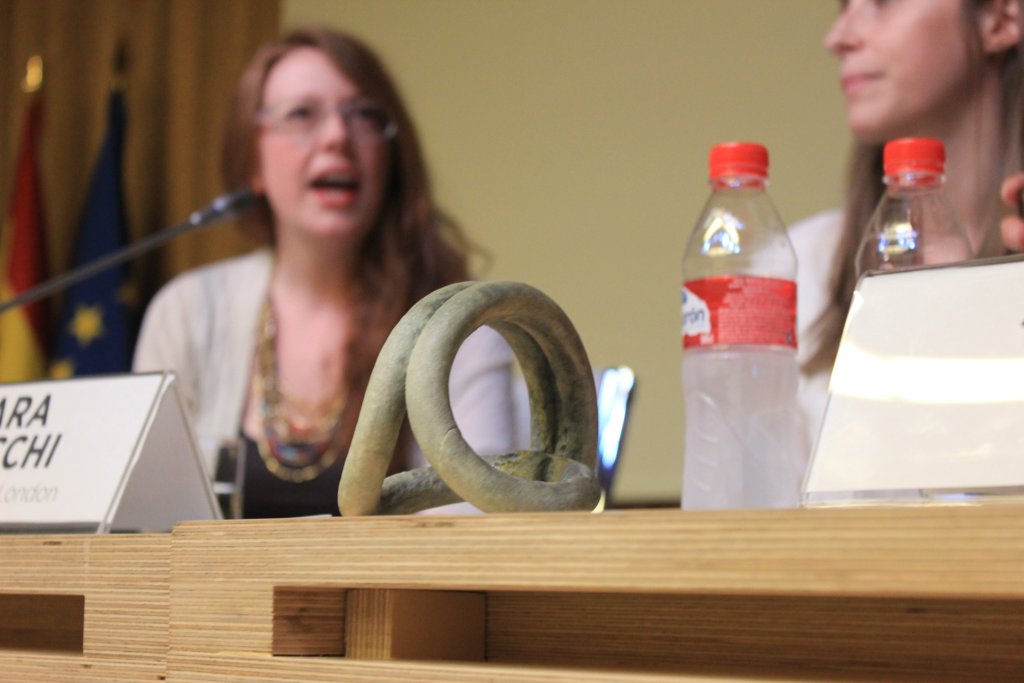 A replica Bronze Age artefact held by the British Museum. Photo by Scifabric.

Several themes emerged at the event, providing insight into how to build successful crowdsourcing projects.

Dr Bonacchi described some of the key reasons people contribute to MicroPasts as including: the desire to learn or get training, the aesthetic pleasure of looking at the collections, the will to give back to a museum that was dear to them, the social motivation of helping out and contributing to advance scientific knowledge.

It was also noted that tasks focussing on photomasking and 3D modelling tended to attract younger contributors.

Work with your most enthusiastic volunteers

While MicroPasts has over 1,200 registered contributors, and plenty more anonymous volunteers, they have found a small group of very motivated individuals make the most valuable contribution. The team has tapped into this group’s enthusiasm by working closely with 100 participants through forums, social media and personal e-mail to find out which historical periods they are most interested in, and asking them to complete activities that require more advanced interpretation. This has been particularly successful in creating 3D models of artefacts. This marks a move towards ‘upscience’, where contributors define their own research tasks.

Use crowdsourcing to upskill your team

The MicroPasts team worked closely with Scifabric in order to upskill their team to create projects. While Scifabric built the initial MicroPasts platform, they provided the British Museum and UCL with the tools to develop projects autonomously. The MicroPasts team has mastered PYBOSSA technology and workflows due to the simplicity of the software, good documentation and support from Scifabric’s team.

The success of a project relies heavily on creating a logical workflow that contributors can easily follow and that produces reliable data in a required format.

Having a sound and sustained social media strategy is vital to a project’s success both to attract new contributors and to keep projects fresh in the mind of existing volunteers. Dr Wexler confessed she found this to be the most fun part of the project. 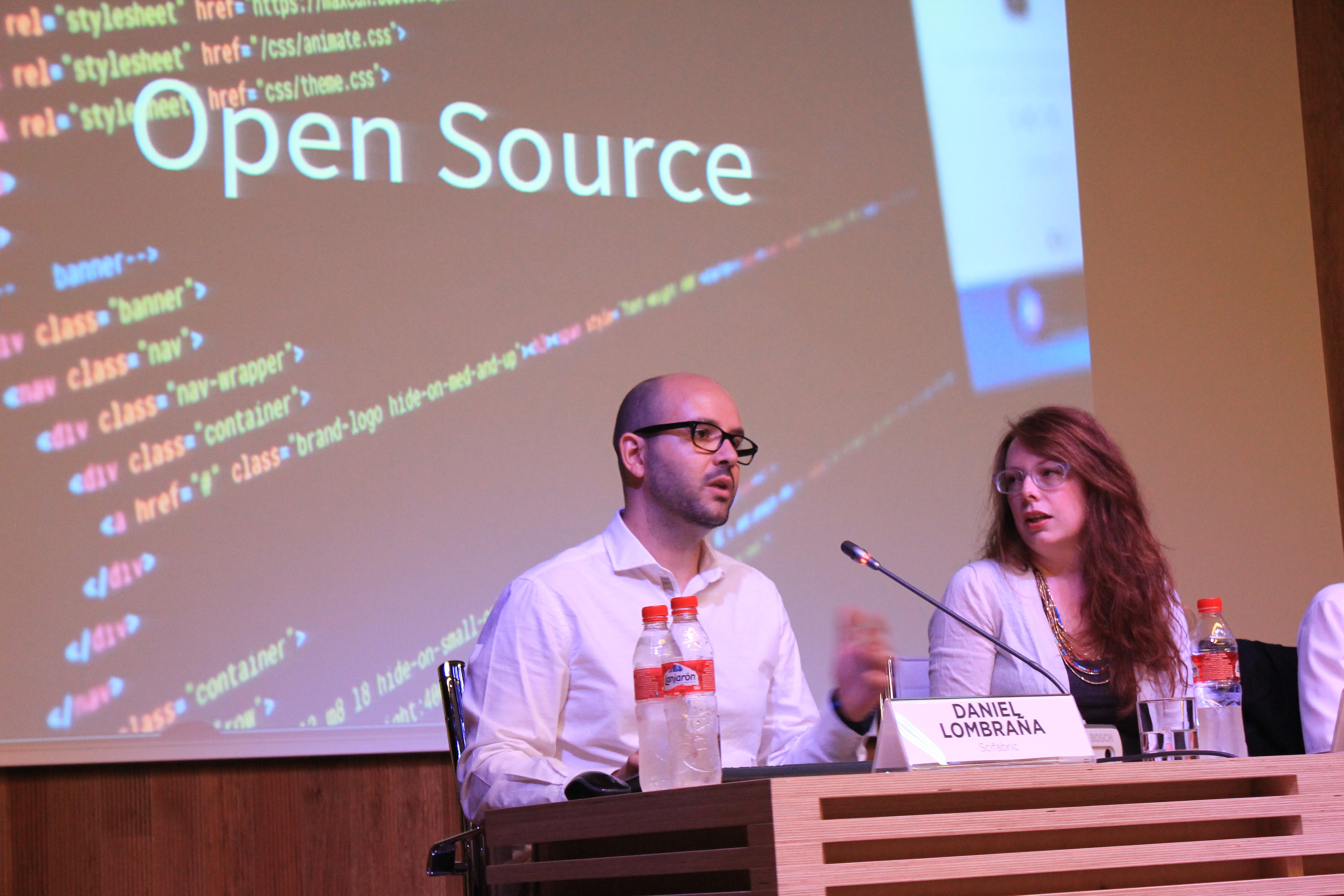 While projects can attract a great deal of attention at their inception, it is a challenge to sustain participation. As well as a sound social media strategy, other suggested techniques are to write a research blog with dedicated research resources, explore more practical, collaborative and rewarding methods of participation. Press releases also help to drive traffic to projects. Involving PhD students or interns to push presence online is also helpful.

Nora McGregor believes “the plug-in capability was really important. We chose PYBOSSA because it provided the flexibility to create and easily integrate our own custom code. We also keep everything open source, so our plug-ins are available for anyone to re-use on Github.”

Both LibCrowds and MicroPasts make all their data open, including raw data, partly analysed data and fully analysed data. This maximises the collaborative nature of the projects and enriches resources available to the global research community. For example, MicroPasts 3D-modelled artefacts may be 3D-printed and studied by anyone around the world – a practice that may revolutionise archeology. (Read about our views on Open Science here.)

Want to find out more?

Then visit LibCrowds, MicroPasts, our blog post on Crowdsourcing Humanities and our MicroPasts case study.

We’d like to thank Nora, Chiara and Jennifer for taking time out to visit us in Madrid, sharing their experiences, and helping us to grow the crowdsourcing community.

The event was also the first time the whole Scifabric team got together in one geographical location. Aren’t we gorgeous… ? 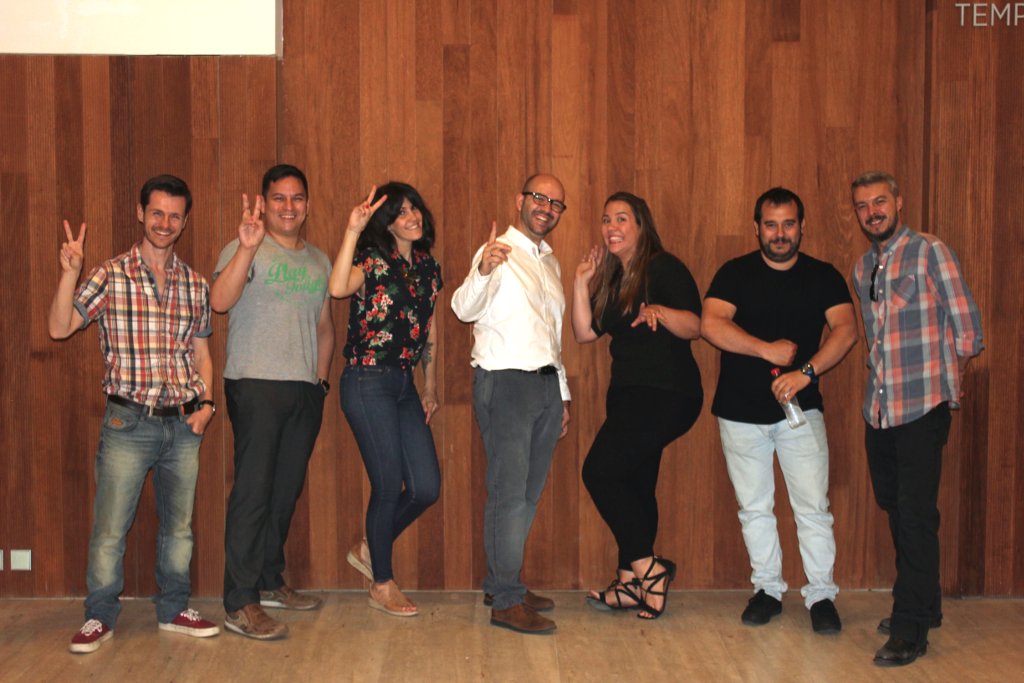 Protecting our oceans with citizens and satellites

Global Fishing Watch is a technology initiative that aims to highlight glo....