Crowdsourcing vs Crowdfunding: What’s the difference?

A definitive guide to crowdsourcing and crowdfunding.

We’re nice here at SciFabric. We like building tools that help people, petting puppies and helping old folks to cross the road. But there’s one thing that makes us MAD… and that’s when people get ‘crowdsourcing’ and ‘crowdfunding’ mixed up. Argh!!

It really gets our goat, so we’ve decided to set the record straight and write a definitive guide on the difference between these two concepts.

Take it to the breakdown!

We’ve established that ‘crowdsourcing’ is the transfer of work to the online community. But what forms can this take other than crowdfunding? Here are some of the most common:

This involves breaking a project up into lots of small, well-defined tasks that many different people complete. This allows large data sets to be analysed by lots of people in a short period of time, which is both cost effective and efficient. This is the type of crowdsourcing that most closely aligns with what we do here at SciFabric. Examples include:

Cities at Night – volunteers identify and geolocate cities in photographs taken by astronauts on the International Space Station (see our case study).

Open Oil – the crowd reviews and extracts key information from thousands of publicly available contracts between oil companies in order to provide a better understanding of how the industry operates (see our blog post). 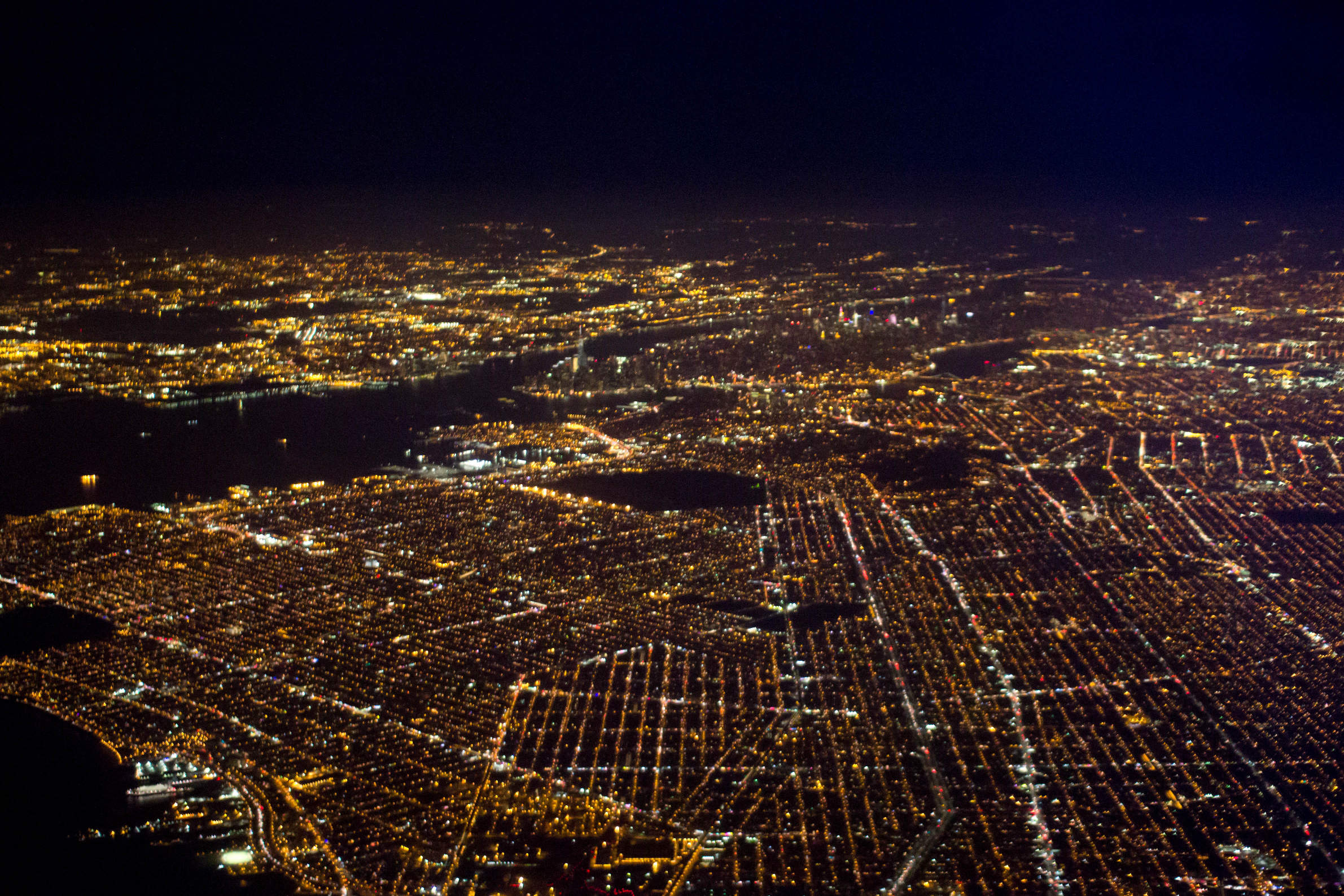 Photo by NASA A city at night... but which one?

hitRECord – where musicians can write lyrics over recorded melodies, poets can edit and improve each other’s writing, and animators can bring doodles to life.

Threadless – T-shirt designs are submitted, favourite designs voted for by members of the community, and then T-shirts sold to the public.

This involves gathering the knowledge and wisdom of many people to produce a valuable reference resource. For example, Wikipedia is a crowdsourced encyclopaedia to which many people contribute.

We know that crowdfunding is a type of crowdsourcing that involves the crowd raising money required to finance a project or business. This enables people who have clever ideas but lack capital to raise funds through the online community to get their project off the ground.

Crowdfunding has been extremely disruptive to traditional finance models and revolutionised how small businesses are funded.

And you’re probably more familiar with crowdfunding than you think. For instance, President Obama raised over $50 million through crowdfunding for his 2008 election campaign. Instead of targeting large donors, Obama asked thousands of his supporters for small contributions. Cha ching!

So what are the different types of crowdfunding?

Popular crowdfunding platforms, such as Kickstarter and Indiegogo, adopt a reward-based model. This allows backers to contribute money in return for rewards, such as one of the first products off the production line. Science crowdfunding platform Walacea requires that awards be geared towards educational outreach.

Pebble Time – a smartwatch that raised over $20 million; and

Shenmue 3 – a computer game that raised over $6 million.

The neat thing about reward-based crowdfunding is that backers are often invited to make creative suggestions about the product. For example, they may suggest characters to be incorporated into a video game or a feature of a new device. By incorporating aspects of creative crowdsourcing, the community not only has a vested financial interest in the product but a creative interest too. This makes for a loyal and tight-knit community.

Investors contribute money in return for shares in the company. So backers actually become part-owners of the company. CrowdCube is a popular equity-based crowdfunding platform.

Entrepreneurs borrow money from people who expect to be repaid, possibly with interest.

This is the charitable model, in which people make contributions without any expectation of receiving rewards or benefits. Examples include Oxfam and Cancer Research UK.

So what exactly do we do at SciFabric?

Well we prefer to call it, not crowdsourcing, but crowdcrafting (hence the name of our easy-to-use platform). Traditional microtasking usually involves large institutes or organisations asking lots of people to complete tasks. But our PyBossa software and Crowdcrafting platform provide open source tools that ANYONE can use to set up research projects, define (micro)tasks and collect/analyse lots of data. This is a ‘bottom-up’ (as opposed to ‘top-down’) approach that connects people directly to the research process. It allows everyone to be their own research platform.

We can get back to petting puppies…

Here’s a question: what image would you choose to represent ‘science’? If ....

Wow, another year is almost over! Time flies and, like everyone else, we l....